Bill McKibben and 350.org are causing climate change. No really

Posted by Terry Etam on December 1, 2018 in Industrial Energy |3 Comments 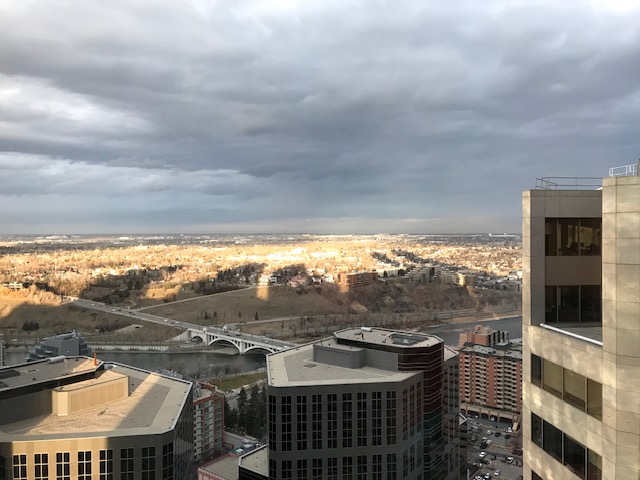 I know, I know, it borders on silly to give one person credit for so much. It seemed acceptable with Steve Jobs and Apple, or Elon Musk and Tesla, but to infer that one man and his organization is causing climate change?

Yes, it is, and for reasons documented years ago in an environmental newspaper. The signs were there for all to see, all laid out, and no one paid attention, and now here we are.

McKibben is an absolute force of nature in the climate change wars. He is a relentless campaigner; he founded legendary activist site 350.org and writes regularly in global publications that have had a profound influence on public discourse with respect to climate change.

The irony therefore is among the largest in history that McKibben’s efforts are cementing battlefield positions to such an extent that it is virtually impossible that we will see meaningful CO2 reductions in the next few decades.

What could explain this paradox? I wish I could take credit, but a British Columbia environmental newspaper put their finger on the issue 5 years ago, when it was but a nascent and ominous forewarning.  In the piece, author Geoff Dembicki analyzes concerns raised within the environmental movement about the dangers of polarizing the debate. Some voiced the opinion to McKibben that, in order to facilitate real change, the silent majority must be convinced.

McKibben brushed off the argument, and simply urged fellow activists to scream louder. The war would be won by drowning out the opposition, in conjunction with a massive campaign of artful, emotional campaigns to shock the imagination of those in the middle.

Out of this rose challenges to, for example, Canada’s oil sands, which were henceforth only to be referred to as “tar sands”. In what was to become a typical strategy, McKibben and company also coined the term “carbon bomb”, and brought home a stark message: building a pipeline to the oil sands would ignite this carbon bomb, and 170 billion barrels of oil would be burned, which would use up 30 percent of the entire carbon output the world can get away with to keep global temperature increases within safe bounds.

This message went around the world in a highly effective manner, greatly bolstering the effectiveness of climate change messaging, but the impact was exactly as The Tyee had predicted earlier. While a certain but small percentage of the world’s population adopted this message and amplified it, another segment sat back and said hey, wait a minute, that doesn’t make sense. And a much larger portion yawned and changed the channel.

The claim itself, the “carbon bomb” claim, does not stand up to the simplest scrutiny, which is also a problem that McKibben failed to recognize (the Keystone XL pipeline which he declared would release the carbon bomb would carry about 800 thousand barrels per day, or a third of a billion barrels per year, so would not drain the oil sands reserves for over 500 years. The entire oil sands reserves, even if 4 keystone XLs were build, would not drain the oil sands reserves for a hundred years, if anyone actually bothered to produce them.). Thus, McKibben cemented his message among the faithful, but failed to sway the masses in any meaningful way. To make matters worse, McKibben actually created an enemy, one that may have been slow moving to start but is finally gaining traction.

Finally, McKibben’s “shout louder” strategy simply made hypocrites of almost every citizen, who was made to feel guilty every time they boarded a plane or bought a new car (and those groups encompass almost everyone).

As with many unfortunate global situations, where there is a black and a white, where there is a “good guy” and a “bad guy”, where there is a stark “we are right and they are wrong” mentality, progress stops. Unfortunately again, the world’s energy systems are far too complex, too interlinked, and too huge to change as quickly as McKibben envisioned with his strategy. It simply didn’t work, and we have all gone to war, and no one will win.