Why is shale gas/oil more popular than what’s-his-name Bieber now?

Posted by Terry Etam on January 22, 2015 in Industrial Energy |No Comments 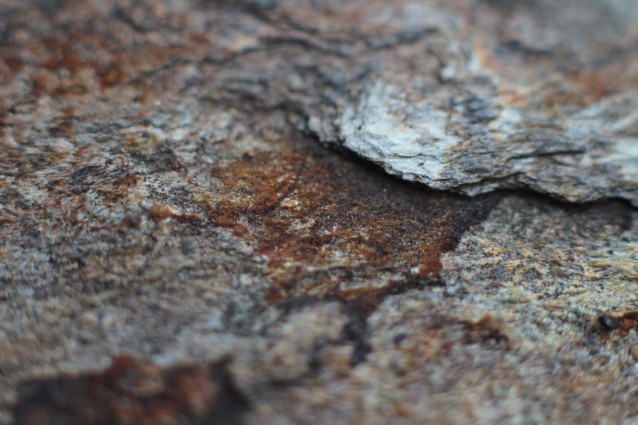 What oil/gas reservoir rock might look like, a mile below your feet, not much to look at but what a sh*t disturber

Way back in 2008, back in the days when the really clever audience members were just being born, a motley collection of banks, financial institutions, housing-industry degenerate punks and some really poor government policies cratered the global economy. That’s a long story too, but they did it primarily by all pitching in to create a housing bubble where some startlingly un-clever people were making fortunes flipping real estate. When the whole mess came down, it almost took the global economy with it.

The US government used all its firepower to get the economy kick started. The whole world watched, like crowds gathered around a public television for a gruesome live newscast, because the US economy is the largest and hungriest in the world, and if it didn’t get going there was going to be economic mayhem, mass unemployment and a global run on cat food. And I don’t mean to feed the cats…

Governments everywhere wanted to get as much cash in people’s hands as possible. They lowered interest rates and supported industries that might fail. If possible they would have cut taxes, but governments really don’t like to talk about that.
But then a gift from above fell in the bureaucratic lap: lower energy costs. Energy costs are almost like a tax on the economy; everyone needs to use energy and energy costs are added to everything. Rising energy costs could have completed derailed the government economy. Oil prices spiked to ridiculous heights then came back just as fast, while natural gas prices fell and pretty much stayed there. From an industrial perspective, low natural gas prices were very beneficial indeed. And the reason they fell was: shale gas. Or the myth of shale gas anyway.

Natural gas has been produced in North America for decades; it is found and developed much like oil reserves. And much like most of North American oil reserves, much of the cheap stuff has been found. The energy industry knew of huge reserves of both oil and gas locked up in shale deposits. Shale is a type of rock that holds petroleum much like other reservoir rocks (see previous posts about what the heck reserves are anyway or how to find oil and gas), but shale is very fine grained and the gas or oil doesn’t flow out easily. New technologies developed over the past 10 years have allowed us to extract that gas cost effectively, thereby unlocking vast new reserves (which require fracking to get out, see yet another old post for more on that belligerent addiction.

Shale gas therefore lowered North American energy costs at a time when it was greatly needed, and in a way kick-started the US and Canadian economies when things were looking pretty grim. Lower gas prices didn’t solve all problems, but they did aid a lot of business sectors.

Shale gas also allowed governments to advance environmental objectives as well (if you don’t mind sweeping under the rug the fracking controversies). Natural gas burns much cleaner than oil, with fewer greenhouse gas emissions. Burning natural gas makes everybody happy, pretty much. Except fringe environmentalists who object to burning anything, and oil tycoons who have a soft spot for the black stuff. Can’t please everybody.

And now here we are in 2015, and shale oil has kicked the USA into another gear. The threat of endless (or so the producers say) quantities of shale oil caused OPEC, or at least Saudi Arabia who is the evil genius behind OPEC, to crater the price of oil in the interest of protecting their longer-term interests. The goal is to drive oil prices low enough to crush the shale oil business before it gets global wings. It might, who knows, it’s a crazy world and all we know is that next year will be totally unpredictable. But for now, cheap energy is fuelling an economic boom that just might unwind a significant portion of the damage done in 2008, hopefully in enough time before Wall Street dusts itself off and does it again.