Will renewables ever replace fossil fuels? A surprising milestone reached in the US…

Posted by Terry Etam on March 6, 2015 in Positive Energy |One Comment 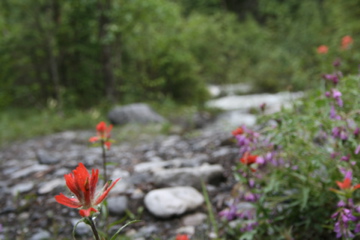 In a hopelessly boring new FERC report, the US environmental review agency reported something remarkable – in 2014, new electrical generating capacity from renewable energy installations (wind and solar) exceeded natural gas additions for the first time. That is really big news. And I’m not kidding, the report is really boring, and it should not be, because this development potentially marks a real turning point in our energy usage. This utterly interesting statistic languishes in a table on page 4 out of 5, with even so much as a “What the heck…” to highlight this milestone.
So what does this mean? Well, it’s interesting for a few reasons. A few months ago I wrote about solar installations, how they were growing, and how they were the future, and an astute but mildly cranky reader pointed out how much resistance there was across the US to new environmental energy developments. He had a good point; there is much resistance to wind turbine installations, solar farms, lord knows what else…wind turbines kill birds or, even worse, are unsightly. Solar farms displace turtles or some other cute species (and that is one immutable law of development – any construction activity, no matter how green or beneficial, will be opposed if a cute creature is inconvenienced. You could develop the world’s most unsightly and intrusive facility, and if all it did was kill rats no one would care enough to look up). And it turns out some people even find solar roof panels unsightly, including this hilarious complaint from Texas about how solar installations give an “industrial” look to otherwise achingly beautiful beige subdivisions (sarcasm set to stun mode).

But the will to install new renewable energy installations appears to be outrunning opponents’ cuteness campaigns as well as FERC’s enthusiasm in reporting the matter. The recent drop in oil prices has momentarily sent things the other way, with fuel consumption climbing again and truck sales booming, however even fossil fuel advocates acknowledge that really cheap oil is gone for good.

I tried to read through the FERC report to synthesize it into something interesting, I really did, but no such luck, it just lists each project or event that was approved with the enthusiasm of a telephone book, there are too many words on the page, no summaries, no context…not sure why it upset me so much but there you go. At any rate, there near the end was a little table that was like a 5-ounce gold nugget in a ton of waste rock.

There is a bit of pattern here in that some developments become victims of their own success. Ironically solar and wind installations are in the same boat as pipeline developments in some bizarre ways; for ages no one knew or cared that they were there, until they became more prevalent and possible negative side effect emerged. At some point the installations start getting either closer to human settlements or gaining more attention, either of which instances can send overly sensitive people of various stripes into action to put an immediate halt to pretty much anything.