CNG vs. LNG vs LPG vs Propane vs Natural gas…what is this stuff and do we still get the grant if the new handi-bus explodes?

Posted by Terry Etam on April 18, 2015 in Industrial Energy |One Comment 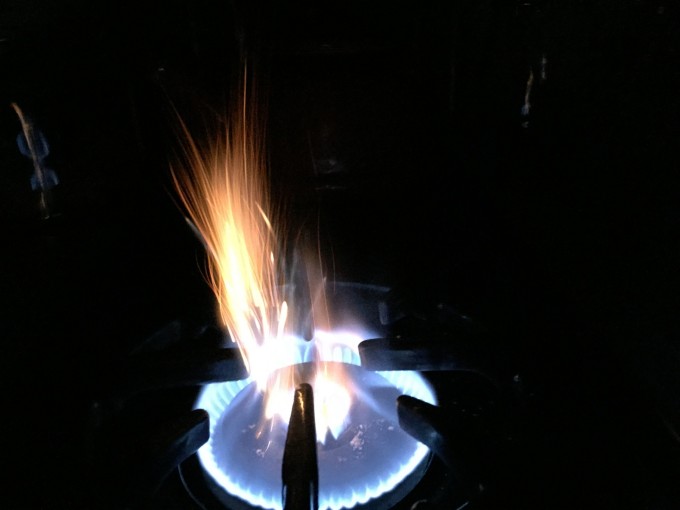 In the good old days at the corner gas station, you’d pull the family beast up to the pumps and fill it with plain gasoline. Nothing fancy. Big trucks were equally simple, using diesel that made them stinky with big black clouds of fumes, clattering away like a cheerful jackhammer.

Times were simple, and us plump gadabouts of the western world motored obliviously along, untroubled by the toxic clouds forming overhead. Over time scientists started paying attention, hands on white coated hips, and wondered hey what’s in that stuff anyway…a shriek or two later and we started caring about what went into fuels and began exploring alternatives. Old nasty habits came under scrutiny (No more lead in gasoline? We won’t survive, wailed the car manufacturers, who of course were bluffing) and, as the number of cars on the road rose steadily, it became apparent that car exhaust doesn’t taste good. Which is the point at which true advances are made, when at least one of our senses are offended.

The best, cleanest alternative to unwholesome gasoline/diesel, if one wishes to remain in the fossil fuel family, is natural gas. It is produced from wells but also generated naturally by rotting vegetation and infamously by farting creatures of every stripe, from cows to supermodels. It burns clean with little odor, and doesn’t leave much behind when it’s burned (as opposed to gasoline’s potent exhaust, or diesel’s menacing black cloud). The reason it hasn’t become the dominant fuel source is that it’s invisible, hard to contain, and explodes in a really big way when provoked. So industrial philosopher types have been tinkering with various forms of natural gas in the hopes of finding a method of distributing it that is efficient and will blow up the absolute minimum number of people.

And that’s the basis for the acronym jumble that can be found at various fueling stations, or on the sides of garbage trucks and school buses – two perfectly logical testing grounds for new explosive fuel types.

To get natural gas into vehicles, it needs to be shrunk somehow, because it takes up a lot of space, as gases tend to do. No one wants to drive a car with a house-sized balloon attached.

So natural gas can be compressed and stored, which gets us…CNG – Compressed Natural Gas. That is a fairly common storage method you may notice as you admire the local transit bus. An alternative is to make the gas really cold, where it shrinks like some cold things do, and actually turns to a liquid when cooled enough. So that gets us LNG, or Liquefied Natural Gas. When it’s in that state, a LOT can be stuffed into a little canister that will suffice as a car’s gas tank, although it’s a very special gas tank because the stuff has to be kept colder than Winnipeg.

There are other permutations. You might see references to LPG, or Liquefied Petroleum Gas, which is propane or butane (sort of like methane, but burns much hotter and is used for different purposes like barbecues and lighters, for those of you that remember smoking). You might also run across NGLs, or Natural Gas Liquids, which is another name for a cocktail of propane, butane and a new fella called pentanes, which again is sort of like the others but is more a liquid than a gas at room temperature.

Anyway, if you were confused by the terminology, it’s basically all just the same stuff, being stored and transported in different forms. If you hate fossil fuels, feel free to hate each and every one indiscriminately.