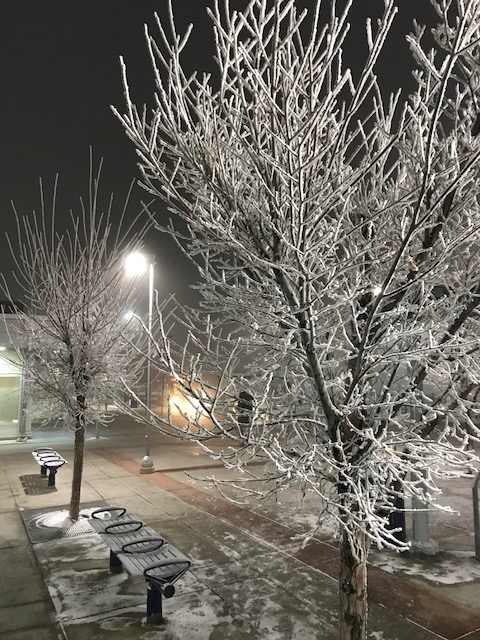 I once read about a very clever fellow who devised an extremely simple but effective home heating system. He laid some hoses on the ground, open at one end some distance from his house, and the other ends running into the windows. He piled manure on the hoses, which decomposed as manure does and threw off a lot of heat. The insides of the manure piles stayed warm all winter, and heated the air in the hoses, which caused cold air to be pulled in from the distant end and then deposited as nice warm air in his living room. You don’t always want to live next door to a genius. And yes I’m pretty sure this was a “he”.

On a more practical but probably equally improbable level, Malcolm Gladwell sometimes comes up with brilliant solutions. In What the Dog Saw, he does some interesting analysis on hospital emergency room utiliization. That’s not the direct thrust of the story, but rather an effect of a phenomenon he observed. Gladwell looks into the loads that certain key individuals place on a hospital system; in one instance a regular drunk is taken to Las Vegas emergency rooms weekly. The paramedics and nurses know him by name. The guy felt apologetic and and knew he was a burden, but rehabilitation attempts failed and everyone just sort of knew he’d be back. Some people simply never find success in fighting their addictions.

As sad as that is, Gladwell’s conclusion is even more so. We can see from examples like this that, if we were to take say the 100 most frequent visitors to emergency wards and give them a few doctors and nurses of their very own, we could dramatically reduce the load on emergency rooms.

What’s so sad about that? It’ll never happen. No matter how much sense it makes, it simply won’t. A certain segment of the population will be outraged that bums get a personal physician and roof over their heads, and politically the idea is a non-starter. So an irrational minority like this can derail something that would benefit every citizen of any given city.

It comes down to efficiencies, and maybe we need to rethink what that means. It doesn’t always mean something simple like building the straightest road possible, maybe it involves relatively minor decisions that can create far-reaching savings in other seemingly unrelated areas, at no cost to anyone in particular.

There are plenty of great ideas that cold be implemented easily that would make us more efficient. For example, what if certain automotive components were standardized – only one electric window motor, or sensor, or brackets for an exhaust system? Do you care if the parking brake assembly on your BMW is the same as on a Kia? It’s unlikely that that circumstance would cause much embarrassment for even the most superficial jerk. How much money would that save the insurance industry, and how much easier would it make repairs?

How many connector cords have we thrown out because manufacturers change them slightly, or we get a new phone? I once used a Blackberry phone and accumulated an infuriating nest of cords as they changed standards. I was so happy when they almost went bankrupt. Now Apple and Samsung do the same, and laptop chargers are not the same as phones, etc., even from the same manufacturers. And the latest irritant is USB –C, a new standard taking over in the Universal Serial Bus series. I guess manufacturers don’t see the irony of calling something universal and making it obsolete within a few years.

With regards to energy, it is an excellent time to consider these questions as the push to electrical vehicles gains unfathomable momentum. Governments are mandating the changes without considering the consequences. Charger types are the most obvious; there should obviously be standardization. But what about charging stations, and how they fit into grids? What about the consequences of large scale adoption of EVs, and the requisite superchargers, and how that will all be dealt with? What happens when an apartment building’s electricity requirements go up ten fold as the parkade is filled with superchargers?

With regards to energy, the world is expecting change at lightning speed. The infrastructure implications are not even remotely understood. We will need every clever idea we can get.