Climate fatigue? Worries that the public is losing interest in climate change shouldn’t be surprising

Posted by Terry Etam on August 12, 2018 in Industrial Energy |8 Comments

There is no such thing as the “rationality” of a belief, there is rationality of action.

Nothing lasts forever. A root canal feels like it will, and some baseball games, but even those come to an end. Fear epidemics are similar, they feel like they are here permanently and that we may be doomed in one way or another. The media feeds this; a few shootings become a crime wave, a nuclear accident becomes a general phobia of nuclear power, a new study finds coffee may be carcinogenic so we panic, etc.

An interesting thing these fear epidemics though is how they dissipate. Sometimes, the world can get its act together and remove the source of the fear, as was done with CFCs a few years ago. Remember them? The buildup of these chemicals in the atmosphere was destroying the ozone layer, and with that gone we’d all soon be dead. That was a good news story, because the globe got together and stopped using CFCs in aerosol cans, and the ozone layer healed itself (or so the story goes).

Sometimes the catalyst for the fear is simply so big that it can’t be quashed, so we just get bored and ignore it or learn to live with it. Being out of shape is one such thing, not just excess weight but, well, out of shape. We know it’s bad for us not to get exercise, and we hear plenty about how bad that is, but most people simply, at some point, say ah to hell with it and abandon the gym membership.

So it is with climate change, because the task is too monumental, as laid out by the climate change industry. Where would one start? Some started by taking the, hmm, easier path, by yelling at everyone to quit using fossil fuels, and coming up with apocalyptic visions of a world that might be 4 degrees warmer. The more difficult path would be to simply stop being part of the problem, to stop using fossil fuels.

An even bigger problem though is that everything we do is obviously contributing to climate change. Buying a new cell phone is. Travelling absolutely, most definitely is. Heating your home in winter is. Most citizens have no idea how much our lifestyle relies on fossil fuels.

The parts we are aware of though, we don’t want to do without. Thus, the warnings that fossil fuels are destroying the planet stop working, because people view it as a microscopic choice – well, the world won’t be harmed if I go on just one little flight to Florida/Spain/Thailand. And at the same time, a choice is made that the holiday is more important than pitching in to fight climate change.

It is hard to fault people for that attitude, because everyone treats it exactly the same. Everyone. Every member of Greenpeace uses fossil fuels.

Fear works at changing behaviour, until one day it doesn’t. That’s not always a ridiculous sequence, if we remained scared of everything we hear about we’d never do anything beyond breathing and eating raw vegetables. The other side of that coin though is that if we want people to get off fossil fuels, scaring them isn’t going to do it. Neither are crazed stunts like blocking pipelines though; we need to come up with solutions that limit consumption. Everything else is a waste of time. 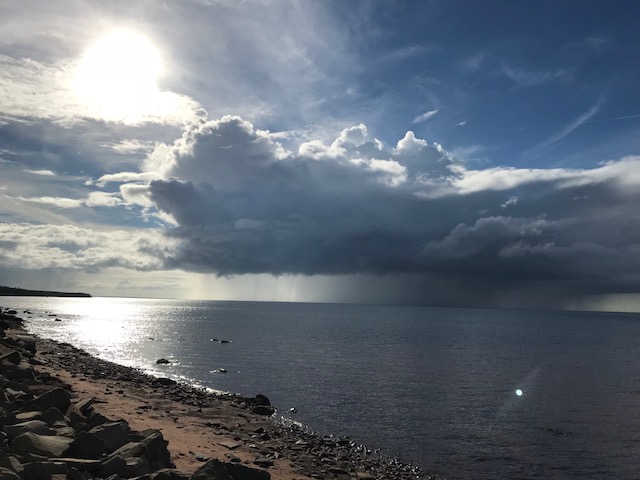 Leave a Reply to The Energy Guy Cancel reply