Posted by Terry Etam on September 28, 2018 in Industrial Energy |No Comments 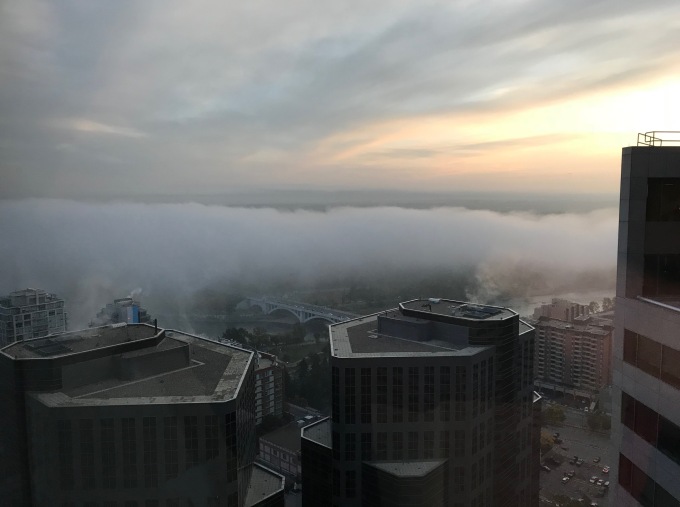 A pack of cigarettes is a rare sight these days, around here anyway, and it is just as well. Cigarette companies are now required to show disgusting pictures of diseased gums and scabs and sores along with a warning that this will be your fate if you fire up. It may not be highly scientific; the companies may simply choose some random bleeding deformity or gunshot wound that satisfies regulators, I shudder to think of the job of assessing the photos for accuracy, but still, the idea gets across.

The point is, cigarette manufacturers are required to present an image of smoking that implies all may not be well if one chooses to smoke, and are also implicitly admitting that the Marlboro man’s famously rugged stereotype may not be quite the whole picture. We will never know because he never bared his gums like a braying donkey. The regulation requiring pictures of hideous failing body parts was thought to be necessary to actually cut through the marketing crap and fine print warnings to get people to acknowledge the reality that smoking can be nasty. No matter what you think of such regulations, it does make you think.

We should demand similar offsetting information in energy wars, for anyone approaching a regulatory body with either an application or a protest. In certain circumstances, there is the opportunity to force each side to illuminate both sides.

A San Francisco judge recently did just that. Environmental groups were suing big oil for causing climate change, and the judge asked both sides to make their cases, but he also went a significant step further: he asked both sides to explain the other side as well. That is, he asked environmental groups to comment on the benefit that fossil fuels have given to humanity, and big oil had to comment on global warming.

It was a stroke of genius, better even than pictures of diseased mouths. By doing this, each side of the debate is forced to consider that it is not necessarily black and white. It can be “right” to say that we need to phase out fossil fuels sooner rather than later if they are doing the harm many suspect, but it is equally “right” to note that our standard of living would not be anywhere near what it is without fossil fuels.

We could also see quite quickly why the requirement to provide a balance of opinions was worthwhile. Instantly, the vested interests in the opposing camps displayed the obstinacy that is creating much of the problem. A climate activist website leapt in to action, answering all the questions the judges provided to both sides, but in a clearly biased manner.  Not to be outdone, a petroleum website leapt in to comment on the case, but essentially saw only the view they wanted to see (noting how the judge “destroyed one of the main pillars” of the case, and the article has a tone that is as unmistakably pro-fossil fuels as the pro-environmental one is bent the other way).

That is fine; each side has their own viewpoint. But the judge’s tactic was significant to those who followed the case, and is a valuable lesson in how we should be treating energy discussions. For those that believe fossil fuels are destroying the planet, the fact can’t be avoided that we require them for survival, and that should be weighted in their arguments. For fossil fuel advocates, the world’s concern with their use should at least be noted, as well as an acknowledgement that renewable energy is the future we are moving towards.

Maybe if we request more interchanges like the wise judge did, the debate will get somewhere useful.