Posted by Terry Etam on March 4, 2019 in Industrial Energy |No Comments 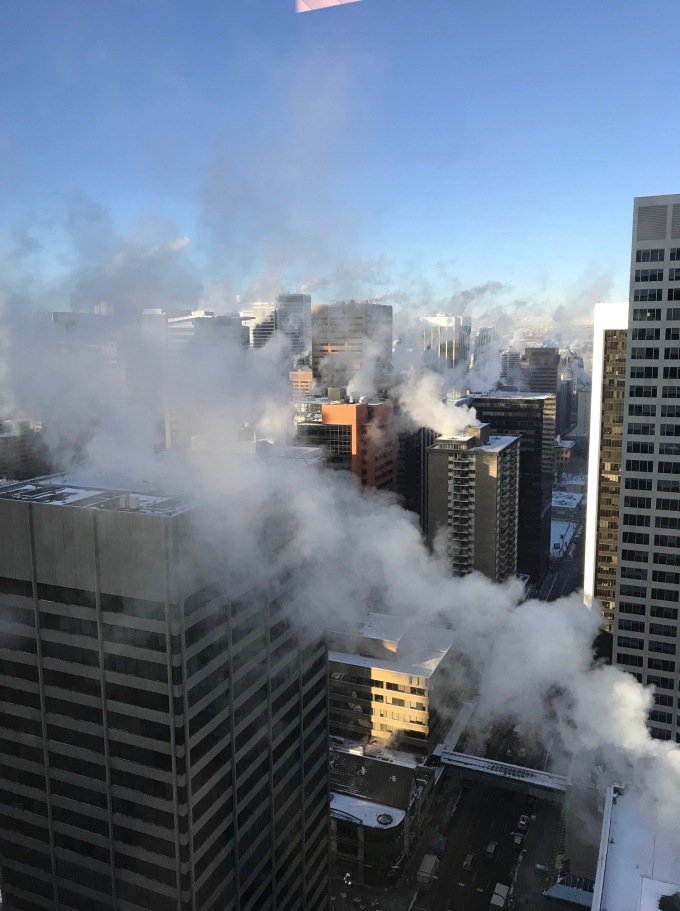 You never change things by fighting the existing reality. To change something, build a new model that makes the existing model obsolete. -Richard Buckminster Fuller
It is not news to point out that there is a gulf between what ought to be and what can be. I ought to have a Ferrari in my garage, but it will be holding a Toyota for the foreseeable future. We ought to get rid of global poverty, yet if we miraculously redistributed wealth evenly, within two weeks we would have poor people and rich people again.

We ought to all be healthy and fit; that message has been pounded into our heads for decades, we know the consequences of bovine lifestyles, yet here we are on the couch with the Doritos.

We ought to stop flying because the environmental footprint is atrocious, and we feel bad about that in between waving the Mexican all-inclusive bartender over for the day’s 12th drink before and scrutinizing the buffet yet again. But no one stops.

Wandering through this rubble of should be/is may be a good game for a child, but as adults we should be able to, if not conquer, at least be cognizant that the phenomenon exists, that even though we know what we are doing is suboptimal we choose to do it anyway.

And yet we often can’t see that reality, even when dealing with massive problems. A case in point is the deafening cacophony ringing in our ears to rip up and replace a century’s worth of infrastructure in a dozen years, or a few decades, and simply replace it with green alternatives. We ought to do it, but we can’t.

Some call that a defeatist cry, and point to people like Elon Musk who show that it really can be done. But there is an incalculable difference between getting a new business off the ground, and rewiring the world. The former, if done right, is met with enthusiasm and excitement. The latter is met with grumbling and almost comically insurmountable obstacles.

Two infrastructure projects hit the news recently. In Vancouver, a plan was announced to extend the commuter train to the UBC campus  at a cost of $4 billion. In California, a plan to install a high-speed rail link between LA and SAN Francisco was abandoned when the cost estimate topped $77 billion. Neither of these projects would make a material dent in global GHG emissions, and there are of course other reasons to build them, but from an environmental perspective these projects are very poor bangs for the buck.

Now consider the potential cost of rewiring North America with these sorts of schemes. Not just adding such rail links, but adding enough of them to meaningfully reduce petroleum based traffic.

Now, on top of that, imagine the difficulty involved in building anything these days. Imagine the regulatory requirements, the permitting, the consultations, the environmental impact studies, and the most ferocious budget-devouring beast known to humankind – NIMBYism. The county of San Bernardino in California recently put the brakes on new solar developments , for some very valid reasons (including irreparably damaged local ecosystems and wildly bigger dust storms) and some cosmetic reasons (the view is damaged by renewables). With the new regulations, the majority of the 20,000-square-mile county – California’s largest – will be off limits to solar development.

Others are changing their tune as well. Hard-core environmental pioneer Michael Shellenburger has now changed his tune by approximately 180 degrees, now stating exactly what the far-too-quiet petroleum sector has been saying – that powering a green energy future by relying on wind/solar is pretty much impossible. Bill Gates is now saying the same thing.

Idealism is a great thing to energize people in a new direction. Idealism that ignores the voices of people who do all the work is best left in grade school.