Posted by Terry Etam on February 29, 2020 in Industrial Energy |5 Comments 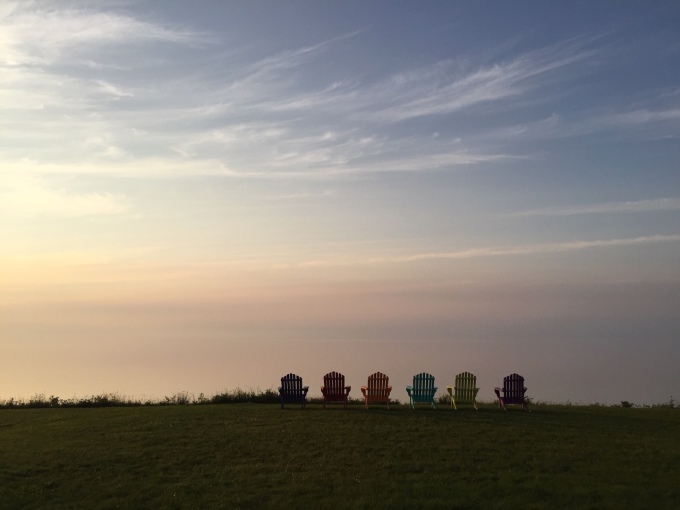 Is a red guitar

Is a red guitar

The rest is up to you

– U2’s version of “All Along the Watchtower” by Bob Dylan

It may seem bizarre to be quoting a folk song from a folk hero when discussing hydrocarbons, particularly when the hydrocarbon voice is the voice against the establishment, but that’s how weird the world has become in short order. Once upon a time Big Oil was lord of the world, welcomed by governments everywhere to develop petroleum reserves. Not that that process was necessarily a good thing; far from it. And those days are long gone anyway; people forget that it was 20 years ago that BP declared their name to stand for “Beyond Petroleum”. BP lost their enthusiasm as the harsh realities of a true energy transition became evident, but the rest of the world picked up their ex-zeal with a vengeance, and is now not content with an energy revolution. Climate activists, the hard-core ones at least, want petroleum dead and gone (if that sounds outrageous, check out any Green New Deal literature, which refuses to even accept carbon capture/storage because it will allow hydrocarbon companies to continue in existence).

The industry is under siege, outfoxed by clever tacticians that Trojan-horsed the environmental movement and made it into the formidable political climate-change beast that today envelops us like a fog. No harm at all in fighting for the environment, that should be encouraged, but it’s a totally different game as a political chess match. And the first piece to be sacrificed is the petroleum sector, a lumbering easy target that never got the hang of the PR wars.

Here’s how bad it is. In one of those icky social media encounters, an engineer I briefly corresponded with informed me that in his opinion any discourse that cast doubt on climate change should be illegal (which explains the “briefly corresponded” part). Think of the shocking premises upon which that statement is built. A climate change discussion about possible changes in the climate if it warms is one thing – as NASA says, “stronger greenhouse effect will warm the oceans and partially melt glaciers and other ice, increasing sea level. Ocean water also will expand if it warms, contributing further to sea level rise…Meanwhile, some crops and other plants may respond favorably to increased atmospheric CO2, growing more vigorously and using water more efficiently. At the same time, higher temperatures and shifting climate patterns may change the areas where crops grow best and affect the makeup of natural plant communities.”

I can understand the basic theory that goes into the scientific discussion about the greenhouse effect warming the planet (before it gets into the political quackery that “climate change” has become), and I can see where there could be concern by ocean-front property owners if sea levels do rise down the road (though I am one and I have no such fear), etc., but to be honest a fear far greater than all of this for me personally is that I’ll someday drive across a bridge designed by a clown like that (“Boss, I’m sorry but we can’t use steel for those beams. The children found out where steel comes from, they are rioting, and they want us to use organic material. Children are the future, so we need to listen, don’t you get it?” Facetious? Oh yes, for sure. Far away? I don’t think so – [update from Reuters – suppliers of graphite, needed for EV batteries, are unable to raise money because of opposition to mines: “You need a mine for almost everything that we touch, and people still don’t get that,” said Eric Desaulniers, chief executive of Nouveau Monde Graphite Inc. “They want the electric car to save the planet but no mining.”] ).

And I wouldn’t care at all either if people want to believe in some coming terror and choose to live their lives accordingly; there is a long and impressive history of “the world is ending” programs. What is worth caring about is that this narrative seeks to destroy the petroleum industry long, long before there is any feasible replacement. Speaking up against this movement is, as the aforementioned engineer desires, not far from being illegal. Media outlets refuse to discuss anything counter to the dominant narrative (it helps when the likes of Michael Bloomberg simultaneously run a media empire while throwing his full weight behind the abolition of hydrocarbons). Even the world’s petroleum supermajors met behind closed doors at the recent Davos Economic Forum to discuss ways to reduce emissions from the fuel they sell (so called Scope 3 emissions – Scope 1 and 2 are those resulting from producing and refining hydrocarbons, which only account for 10 percent of emissions). Since the end use accounts for 90 percent of emissions, per these weird scales, they should be the most attended to, but on the other hand it hardly seems like the place oil companies should start – they don’t make us go on holidays, fly in planes, etc.

So where does all this leave energy advocacy these days?

In a particularly challenging spot. The facts are that some major battles in the war are over and done; the climate industry has done a staggeringly good job of making petroleum a villain. Ask any random person on the street (outside of an energy city) and they will be able to cite for you chapter and verse about the evils of oil and the cheapness of renewables, while your eyeballs will observe their actions being remarkably inconsistent, as if they’d never heard those phrases in their life never mind out of their own mouths. That is, the general public has been trained to mouth respect for one program while it lives by another, a position which leads to madness (if taken seriously), outright hypocrisy (if taken politically) or indifference (the path of the average citizen).

It is necessary then to consider this context when contemplating how to advocate for the wonder that is our petroleum resource. Certain messages will resonate in certain bubbles, will lead to open conflict in others, and will be totally ignored in most. The petroleum industry has a messaging issue it needs to wrap its head around: to the average mass-consumer of petroleum products, i.e., almost everyone, nothing is self-evident.

Stop disinformation in its tracks. Promote rational energy dialogue based on knowledge – not on fear, and not on ignorance. Pick up “The End of Fossil Fuel Insanity” at Amazon.ca, Indigo.ca, or Amazon.com. You will be glad you did.