How will debt-addled governments deal with an oil price boom? Not very well

Posted by Terry Etam on January 9, 2021 in Industrial Energy |5 Comments 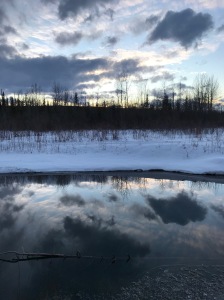 A fascinating article was forwarded to me recently (thank you KG). Some wise guy I’d never heard of (Louis-Vincent Gave of Hong Kong-based advisory firm Gavekal) gave a startling brilliant interview. I’m not sure what made it so great, but it had a clarity, purposefulness, and vision seldom seen elsewhere. By me anyway. Howard Marks and Warren Buffett, we can’t count on those guys forever; the cherry Cokes and hamburgers will up someday, sadly. So it is great to see fresh, new brilliant voices.

Mr. Gave’s comments poked around a critical economic circumstance currently unfolding, that almost no global decision maker seems to be contemplating, one that could upset central bank apple carts everywhere. He speculates that we will soon see a large increase in oil prices, with those prices settling in the $60-80 range eventually – a former happy-spot that kept OPEC/Saudi Arabia solvent, and incentivized enough exploration activity to keep the world fed with its favourite tonic – oil.

Those projections aren’t hard to find these days; his analysis goes deeper though than the obvious implications of higher prices. What will those prices do, if they materialize, to global economies?

There is good reason to ask the question. If one pays any attention to the media, the message could not be any more stark – oil is pretty much finished, because governments around the world are funnelling vast sums of money into renewables.

That money is indeed being funnelled into renewables, but the evidence so far indicates that hydrocarbons are far, far from being a spent force. Any honest ‘carbon neutral by 2050’ forecast will include a massive global reliance on hydrocarbons at that date (the International Energy Agency, an organization that has found renewable religion in a big way in the past two years (presumably with a pretty big metaphorical shotgun pointed at the back of their head), in their ultra-aggressive Sustainable Development scenario, still sees global oil demand at 65 million b/d in 2050).

What would a massive price spike do to the world? Well, it would accelerate certain trends in renewables adoption; people are likely to embrace more fuel efficient vehicles and EVs, and consumption will fall as it often does when prices spike. But that will only hasten a global energy transition so much; even the IEA points out that the electrical grid will be the biggest impediment to a faster energy transition (for example, from 2009-2019, about 9 million kilometres of new electrical transmission line were built globally; to meet a modest transition pace (as in, not carbon neutral 2050) another 16 million will need to be built in the next decade – and NIMBYism is growing faster than emissions (such as, the Sierra Club protesting a new 240 km power line being built to transport hydroelectric (!) power).

The biggest impact, by far, would be on global economies though. Higher energy prices are like a tax on everything. Energy costs are going up because of carbon taxes and highly subsidized renewable power schemes. A spike in oil prices would send the cost of basic energy through the roof as well.

Governments, as Gave points out, are in a pathetically weak position to deal with such an event as high oil prices. Interest rates have been pushed into negative territory in much of the industrialized world, in order to kickstart growth, which is not really working. All that extra money is flowing into bizarre things like Bitcoin ($600 billion and counting by the minute), Tesla stock (headed for a $1 trillion valuation), and art work (imagine shelling out $450 million for a painting, like some Saudi prince did).

Where will the hydrocarbons come from, what will it cost, and what will be the repercussions? It’s going to be a fascinating decade, even without Trump. If he comes back, somehow, in some form, well, it’s going to be nirvana for circus fans.

Pick up “The End of Fossil Fuel Insanity” today! Available at Amazon.ca or Amazon.com.